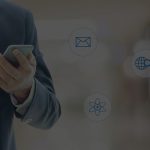 What are the duties and responsibilities of a bookkeeper?Bookkeeping

how bookkeeper is helpful for small businessBookkeeping

What does a bookkeeper do for a small business?

In Australia, a bookkeeper commonly referred to as a person who keeps records of all the business transaction of the company/business. In fact, just like Australia majority of the countries has bookkeeper with similar job portfolio, however, the argument might arise with the question “What would be the difference between accountant and Bookkeeper?”

Well, the answer is pretty simple. Though bookkeeper services look similar to the accountant’s service there is some distinct difference between the two. A Bookkeeper is a person who specifically appointed to generate the data from the day-to-day activities of the business like entire financial transactions and so. However, an accountant specifically hired to verify the collected data and analyze it to generate a report.

Is it Essential to Hire a Bookkeeper for Small Business?

When entering into the business world, everyone would prefer to start a small business and terms like bookkeeping and accounting would be prolific when seeking advice to get succeed in small business, especially in the country like Australia.

Just like the differences between the bookkeeping and accounting services, small business owners’ needs to understand the importance of organized financial records and balanced finances for achieving success.

To be frank, the complexity of the bookkeeping services for businesses purely depends upon the size and operations of the business along by considering its number of business transactions carried in daily, weekly, and by monthly.

What are the duties and responsibilities of a bookkeeper?Bookkeeping

how bookkeeper is helpful for small businessBookkeeping