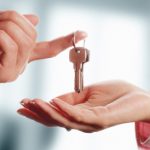 How long does it take to get tax refund 2019?Tax

The Australian government has introduced new tax rules by retaining the existing 7 income tax brackets. However, tax rates and thresholds are slightly altered in the newly announced tax rule. Unlike the other parts of the world, the Australian financial years run in the month of July to June 30th, where else it would be April to March 31st.

The current Australian residents are on the verge of their financial year that started from July 1st of 2018 and about to end by the June 30th of 2019. Below mentioned tables illustrate the New 2019 Federal Income Tax Brackets and Rates announced by The Australian Tax Office (ATO).

When it comes to the taxation process in Australia, Tax offsets/credits should not be confused with the deductions. Tax offsets directly reduce the tax payable amount, unlike the Deductions which reduces the payer’s taxable income.

How long does it take to get tax refund 2019?Tax