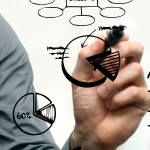 Self management is eternal and it serves best for superannuation funds.Outsource, SMSF 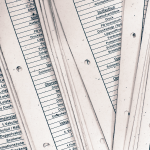 Some Outsourcing Advantages Everyone Needs to Know About.Outsource, SMSF

The need for SMSFs in Australia.

Self managed superannuation fund’s growth in Australia is raging high with the increasing years. More than one million Australians are going for SMSFs. Superannuation funds is an age old concept. It has been there since 1976, at the primary stage it was placed under industrial award negotiation which was a part of union movement. And 1983, the trade unions agreed to increase 3% pay which would be transformed into the superannuation funds for all the employees of Australia. Since its introduction all the employees from all sector of the organizations had to contribute some amount to their superannuation funds. These funds were solely made for the benefit of the individuals as it will compensate after retirement as a monthly income. And in 1992 the compulsory employer contribution became a dominant factor in terms of Australia’s retirement income. This was a mandatory action for all and each and every employer had to take part in it. All this was made compulsory as it was sighted that Australia along with other western countries would experience a dramatic demographic shift in the upcoming years, which will fall heavy on the Australian economy. And in result it would cause a great impact on the entire nation. From businesses to farm lands everything will be hit by this massive economic wave, which could change the face of the world.

In today’s Australia you can find many such funds, but with the increasing days more and more self-managed superannuation funds are being recommended to people. SMSF is great and gives structure to your retirement income. These schemes come with flexible investment options. In terms of bending ones investment these funds tend to invest in other forms such as shares and real estates, which will secure the income further. To understand better one should always consult with SMSF experts.

And in NCS you can find all the solution to your SMSF related problem. NCS provide financial statements preparation, Minutes preparation, deduction notices drafting, application for actuary certificates and many more. NCS has been long in this business and because of that understands your need even better than you, and provides you with a ground breaking solution each time. Requirement of SMSF in Australia is never ending and a consecutive growth is estimated. To deal with the pressure, you need outside help.

We have a team of experts who can help you find the right solution of your problem, people who are adept at dealing with the pressure of deadlines. They can work with you and help you in your time of need. You can trust us to solve your problems without much trouble.

Self management is eternal and it serves best for superannuation funds.Outsource, SMSF

Some Outsourcing Advantages Everyone Needs to Know About.Outsource, SMSF