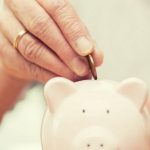 The criterion and responsibility of the SMSF trusteesSMSF 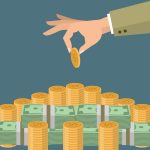 On 2016 while announcing the budget, the Australian Government has announced some significant changes in the year 2017. These changes would transform the superannuation system of the country. From retirement policies to the investment policies everything is said to face changes in 2017.

However, this does not mean that the investors would get liberty to act per their own wish. The government of the country assesses each application before granting the permission to enter the country and invest. It is done to ensure that the interest of the Australian citizens is not disturbed anyway.

The government wishes from the investors to abide by the Australian law and maintain proper conduct while they are in the country. Acting for the benefit of the country and its citizen is a must follow rule which the investors are expected to keep in mind.

The budget system which is likely to take place in 2017 July, would not disturb the foreign investment policy as this might disrupt the process of investment which Australia enjoys.

The 2016’s budget says a lot about the changes which would take place in the year 2017. The retirement rule as it has been said would go through a drastic change as the retired people would not be able to keep pension amount above the decided rate of $1.6 million. In case, the amount goes higher than that, the individual might have to have a discussion with the authority.

However, the tax system might go easy on those who are required to support their spouse. In case, someone’s spouse earns less than $10,800, you have the right to apply for a tax offset. The amount of the tax offset would be $540.

In case, you are unable to understand the upcoming impact of the tax system of Australia, you need to hire a consultant who would explain the rules to you. There are companies out there like NCS, who would be able to explain to you the effect of the tax system and the investment policy of Australia. They would take care of the planning process, if you are unable to do it as well.

The criterion and responsibility of the SMSF trusteesSMSF